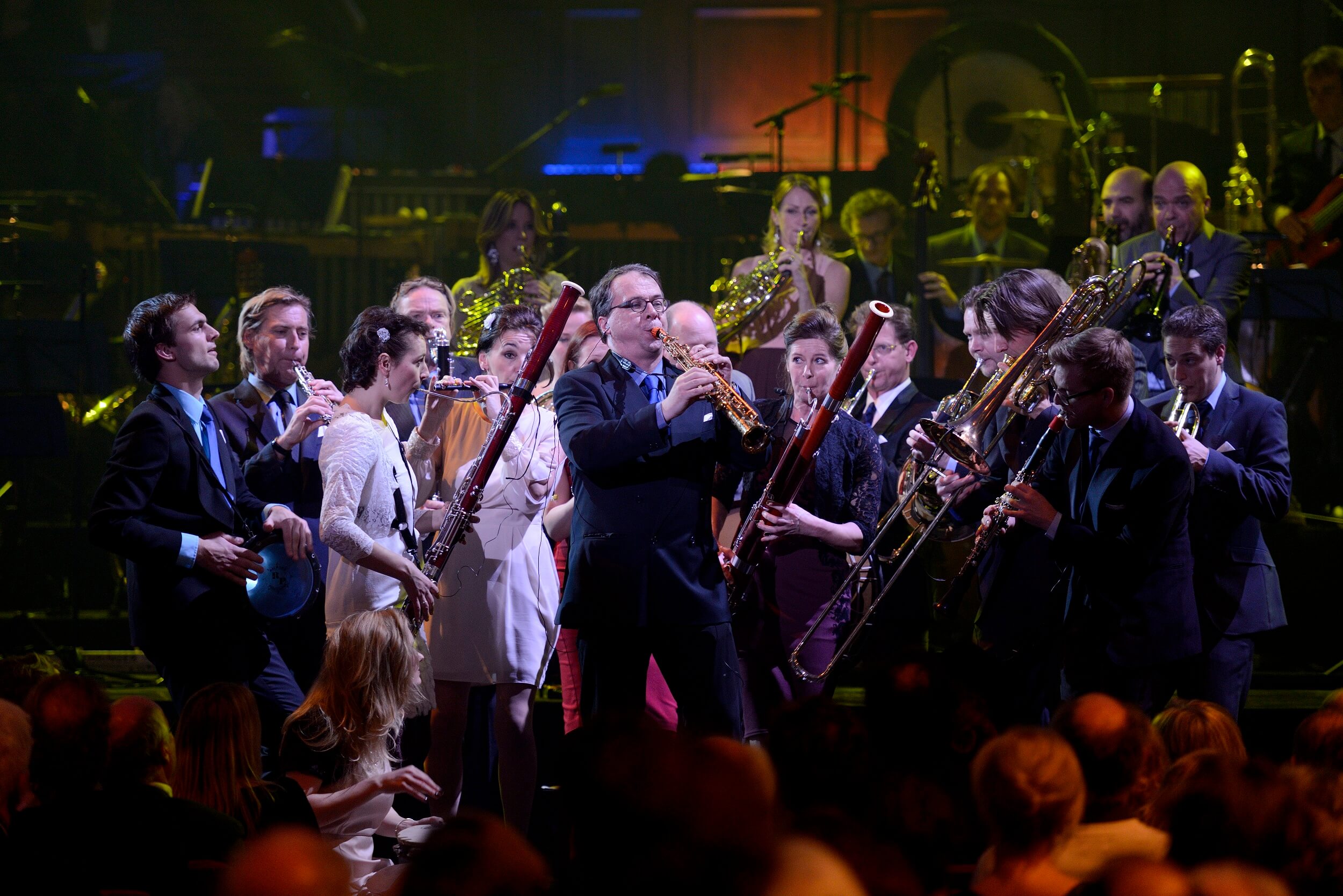 Driven by shared enthusiasm and a sense of adventure, the musicians who make up the Nederlands Blazers Ensemble (NBE) pursue their own brand of musical theatre, which resists easy pigeonholing. NBE plays music of all times, genres and cultural backgrounds, as long as it stimulates the senses and stirs up the imagination.
On stage, the ensemble is known for its tireless energy and mischievous sense of fun. And through the years, countless musicians, composers, poets, writers, actors, dancers, directors, designers and artists from all corners of the globe have found each other through the NBE’s pioneering, pan-cultural productions.
There is a natural connection between the NBE and youths, students, amateurs and young composers. Their educational programme reaches from introducing children to music and collaborations with local amateur music societies to coaching promising young talent at the highest level. 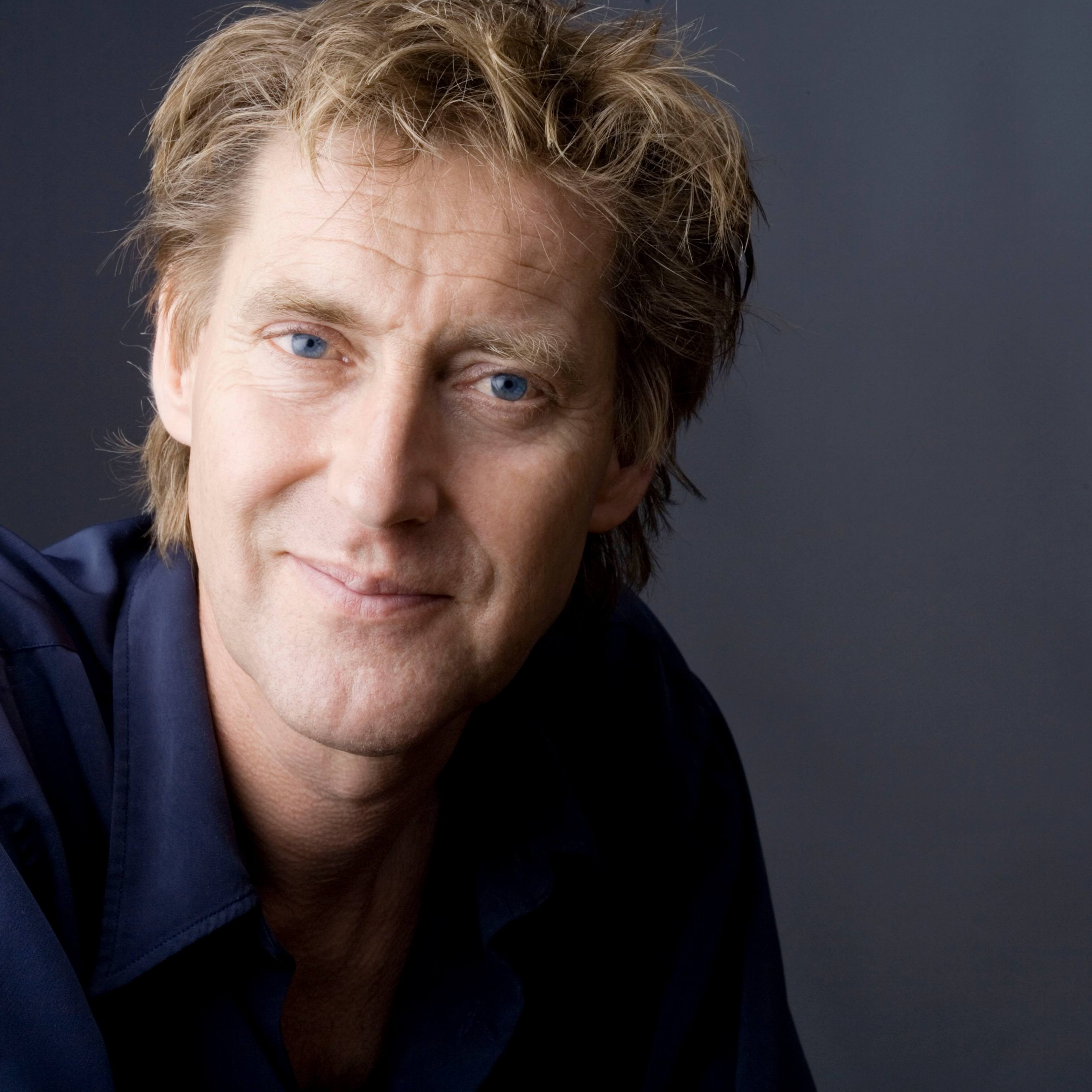 Bart Schneemann (born 1954, in Melbourne) is a oboist, teacher and the artistic director for the Netherlands Wind Ensemble. In 1977 he graduated from the Conservatory in Amsterdam. From 1976 to 1996, he was the first chair oboist in the Radio Filharmonisch Orkest and the Rotterdam Philharmonic Orchestra. He retired from playing in the orchestra to put all his time towards his solo career and his activities in the Netherlands Wind Ensemble.

In 1988, Schneemann was asked to breathe new life into the Netherlands Wind Ensemble (NBE), founded in 1961. His arrival transformed the ensemble into an enthusiastic group of musicians with an open-minded ear for various music genres. Together they established the NBE as a flexible company in the Dutch music world, a point of reference being the New Year’s concerts in the Royal Concertgebouw in Amsterdam, which are aired live on TV. As the NBE concert programmer, Schneemann has developed his own special signature. Apart from the high quality in the ensemble’s playing and infectious amusement, he aims for a dramatic line bringing music genres (and people) from different backgrounds together in every programme. With various educational programmes, the NBE provides guidance for young wind players and composers on their way to concert stages and conservatory.

The NBE has a special connection with the Dutch Royal Family. The ensemble accompanied Queen Beatrix on three state visits (to Thailand, India and Turkey). On 30 April 2013, the NBE played at Prince Willem-Alexander’s coronation. Schneemann has also put together the music programme for the celebrations for Queen Beatrix in Ahoy in Rotterdam on 14 September 2013. 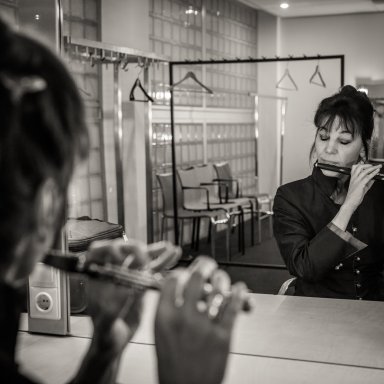 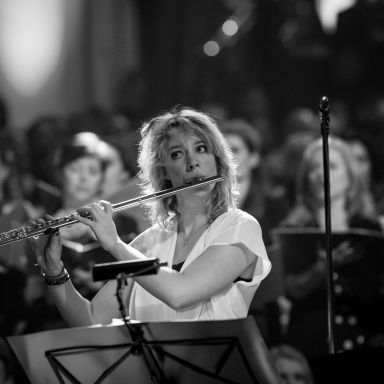 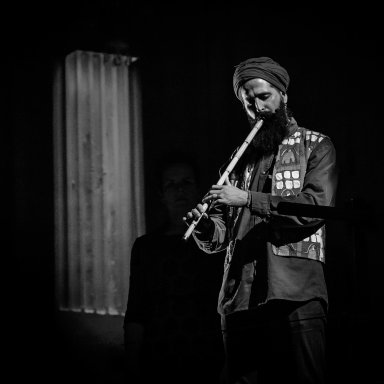 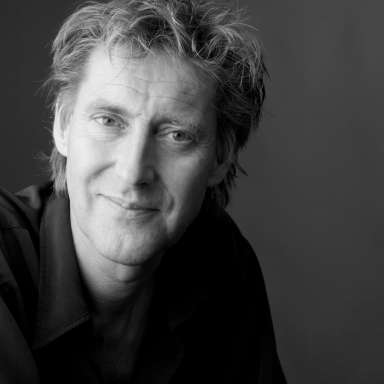 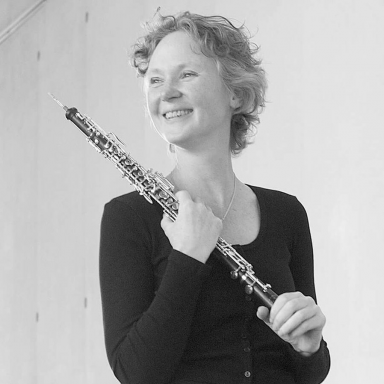 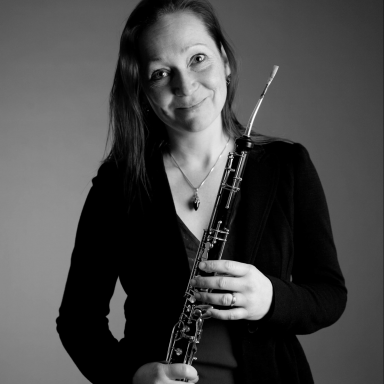 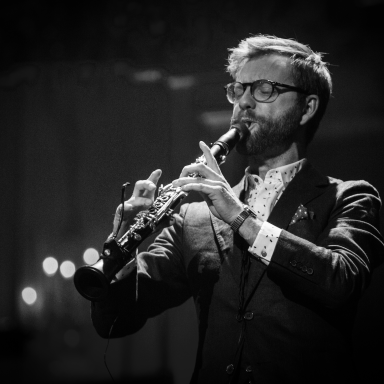 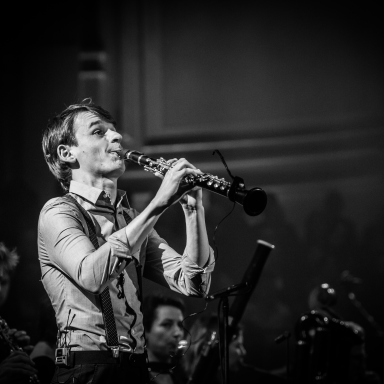 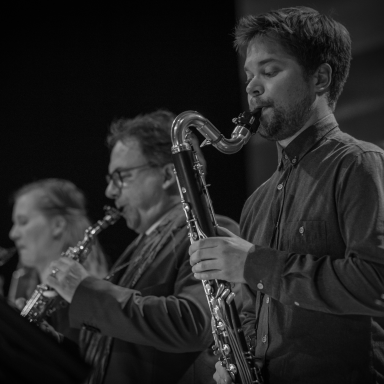 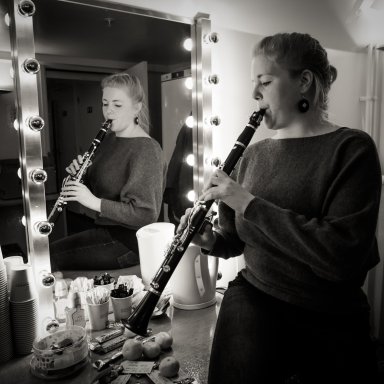 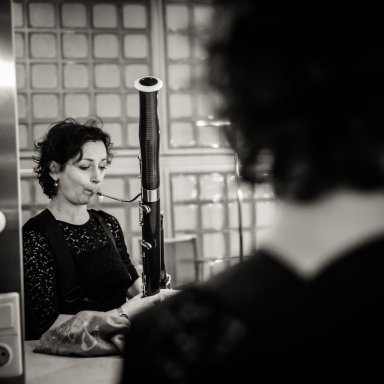 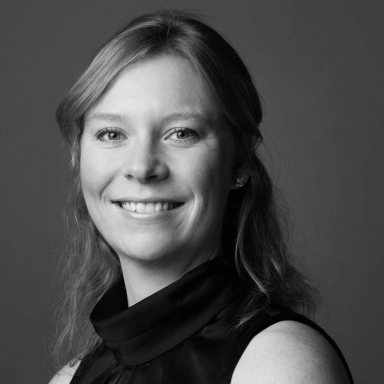 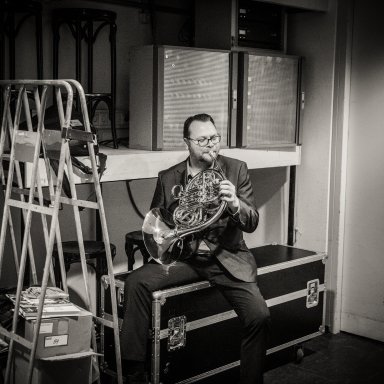 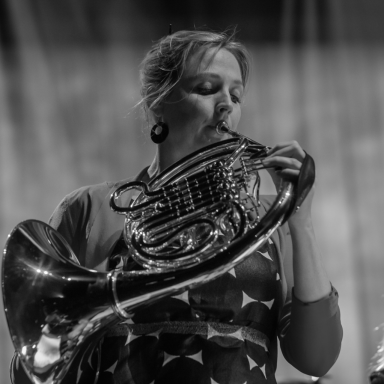 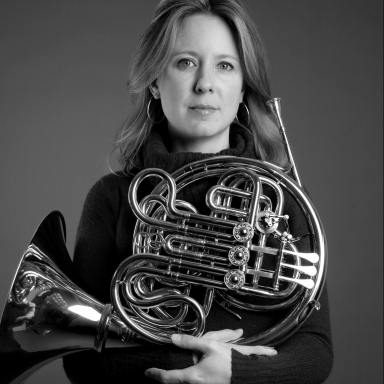 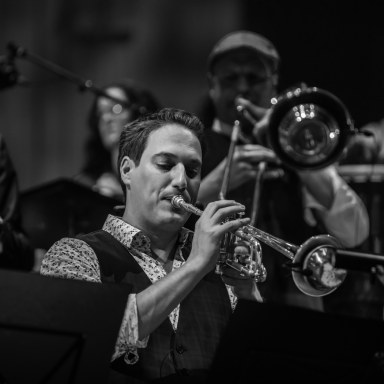 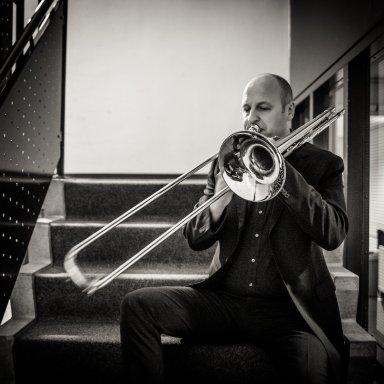 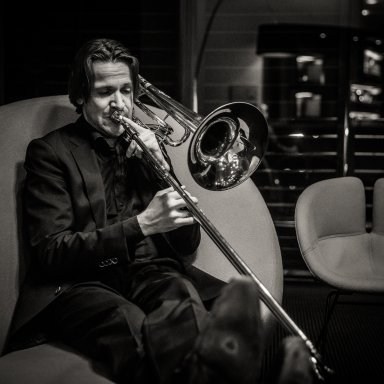 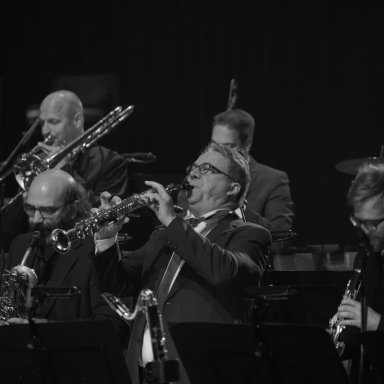 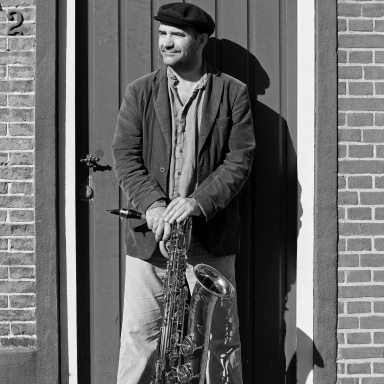 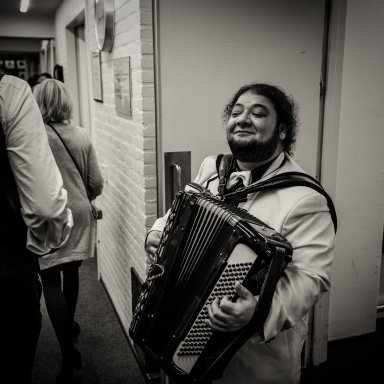 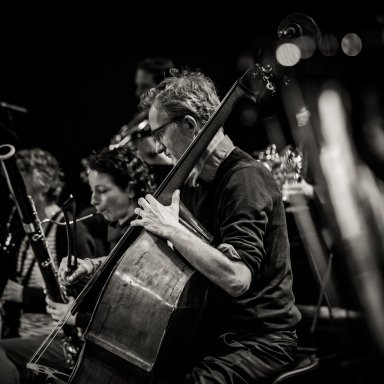 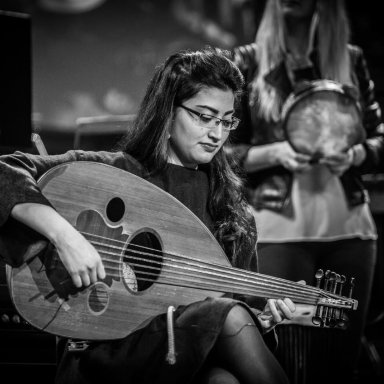 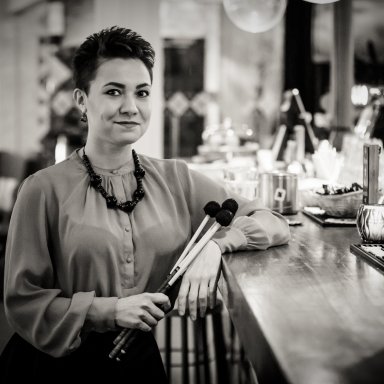 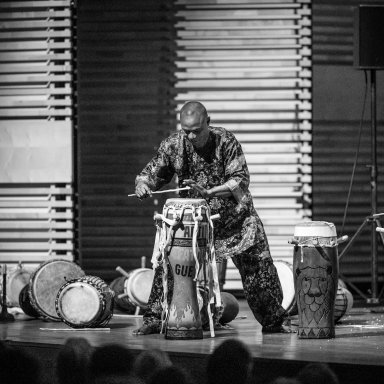